Some members of AERO-PAC, organized by Tom Rouse, worked with Professor Bob Twiggs of Stanford to build rockets to launch student satellites from amateur rockets at the Black Rock Desert. For more information about the program, see the ARLISS web site.

The first ARLISS launch was held on September 11, 1999 after much planning. Two teams from Japan, a team from Arizona and a team from Redwood City, CA each built three "can sats" and the ARLISS team provided four rockets to launch them. I helped out here and there with construction, but mostly I took pictures.

The San Jose Mercury News did an article on the launch, mostly from the perspective of the Redwood City team. See my reprint. I participated as a flier in the second year, with my ARLISS 2000 rocket.

The students arrived at the Black Rock Desert very early on Saturday. Below you can see a group of Japanese students taking in the sights. 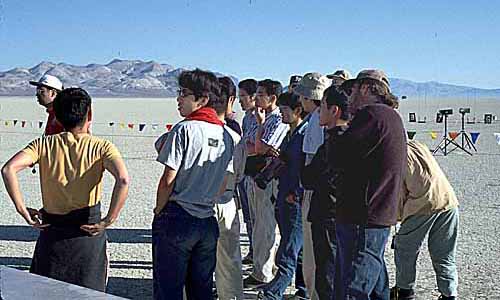 First rocket to go up was Pius Morozumi's rocket carrying the University of Tokyo satellites.

Since this was one of the first launches of the day, there was some confusion at the LCO table and they launched the entire back rack! Here's Pius's rocket (the purple one) losing the impromptu drag race with another rocket.

Next up was Ranny Mitchell's rocket carrying the Arizona State University satellites. You can see Ranny preparing the rocket for flight with the help of his son. 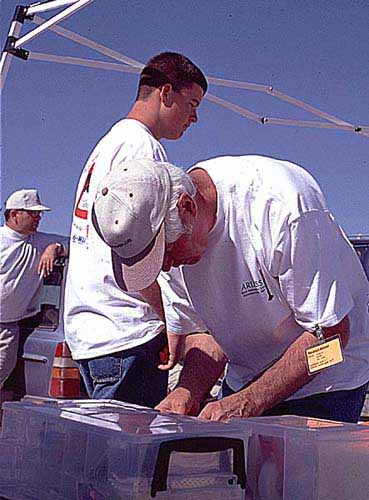 Ranny has an audience of the Arizona State students. 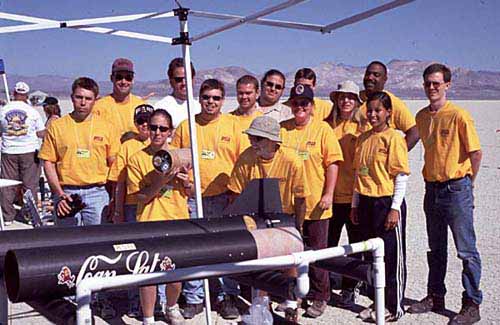 Carrying the rocket out to the launcher is a proud moment after all those months of preparation. 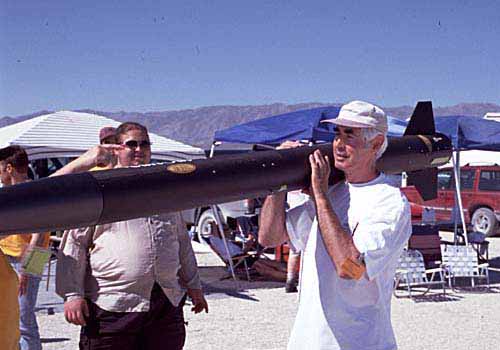 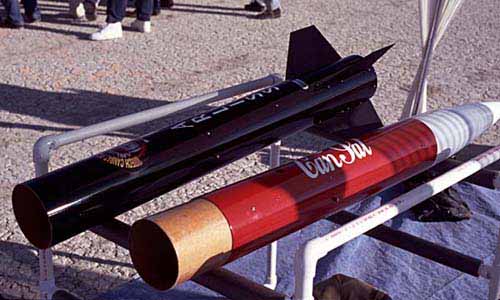 The group helps load William's rocket onto the launch rail. 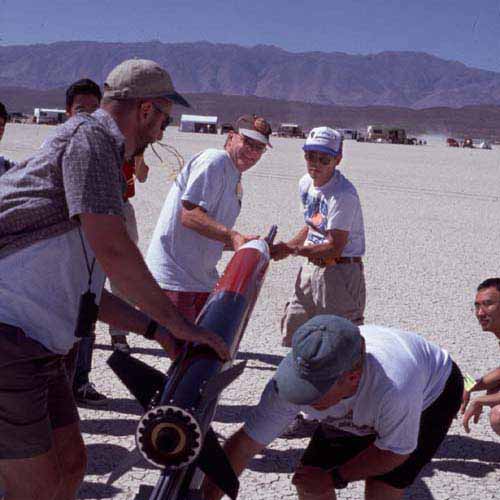 The students pose with the rocket. 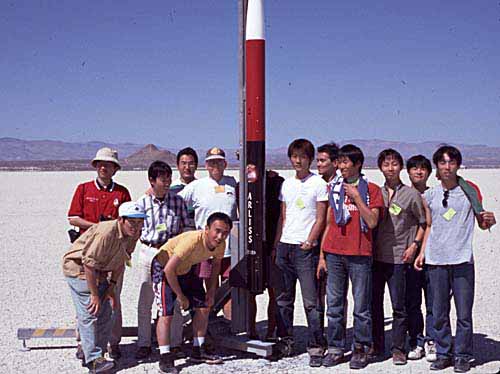 Last up was Jim and Becky Green with the Kennedy Middle School satellites. Even for the fourth launch, their interest was keen. 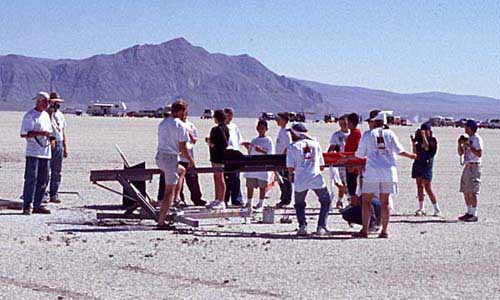 The rocket is raised in place and ready to fly!

The project was a spectacular success! Four high-power flights with complex systems to eject the can sats and four successes! The motors were AeroTech M1419s and all rockets went around 12,000 feet.