I wanted to try out Public Enemy's rocket kits after I got their catalog at a ROC launch. I like sport-scale rockets so I ordered the Honest John and SA-14 Archer kits. Public Enemy makes larger versions of both rockets, but I wanted the smaller ones so I could launch them at LUNAR ("H" motor maximum). Both kits use 38mm motor mounts.

The rocket flew for the first time at Balls 98 (August 1st) and did beautifully on a small I motor. The second time, I flew it on a J350, making for a much more spectacular flight.

The Honest John on its maiden flight at Balls 98: 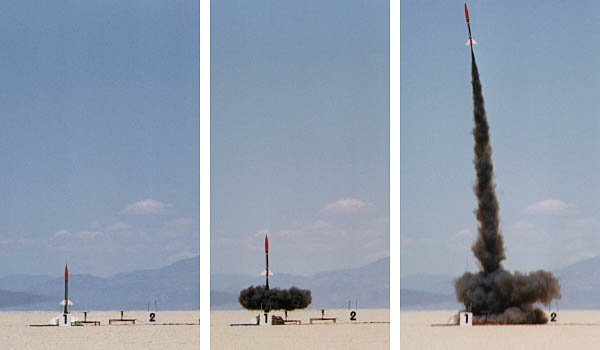 I flew this rocket again at the October 10 ROC launch. With encouragement from Public Enemy's Roy, I decided to launch it in a J350 this time. This motor is so long, it doesn't leave much room for the parachute, but we managed to pack everything in. (Thank goodness I was using a parachute protector.) This rocket was just gone! (For reference, the shots below were 1/8 of a second apart.) 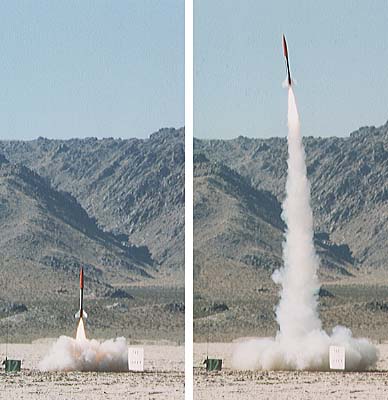 At MudRock '99, it rained the week before the launch, so we weren't able to get out on the playa on Saturday (the first day of the launch, June 5th). We were able to use the gravel quarry, but the recovery area was small and people stuck to smaller stuff. I had meant to fly my level-3 attempt, but I didn't want to do it from the quarry. Instead, I flew the Honest John again, this time on an I357. Cool flight and the rocket was recovered right near the flight line!

The kits were pretty standard high-power rocket kits. Public Enemy kits show evidence of more manual labor than other companies' kits and more attention to detail. The instructions are minimalist, but there isn't anything unusual about these kits. If you've built several other high-power kits, you'll have no problem. The instructions are a single page with no photographs and one overall diagram. 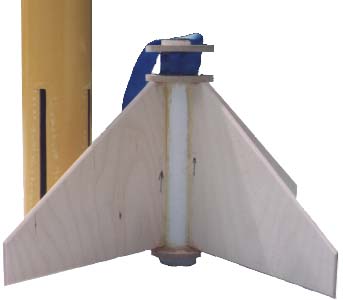 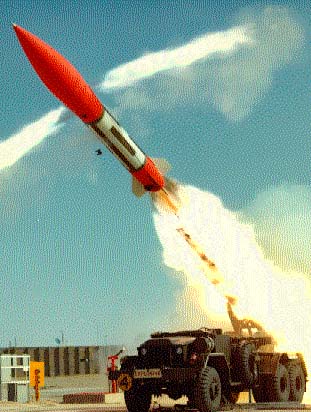 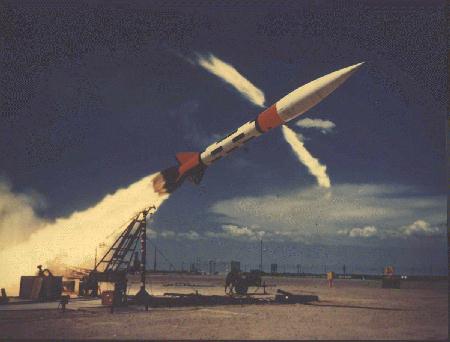 The Honest John was a simple, free-flight rocket (as opposed to a guided missile) capable of delivering a nuclear warhead. This highly mobile system was designed to fire like conventional artillery in battlefield areas. The rocket was 27 feet long, 30 inches in diameter, weighed 5,800 pounds, used a solid propellant and had a range of 12 miles. It was first fired at White Sands in 1951 and replaced by the Improved (M50) Honest John (left) in 1961 which reduced the system's weight, shortened its length, and increased its range. In July 1982, all Honest John rocket motors, launchers, and related ground equipment items were type classified obsolete.